The Effect of Social Media on Bad Publicity 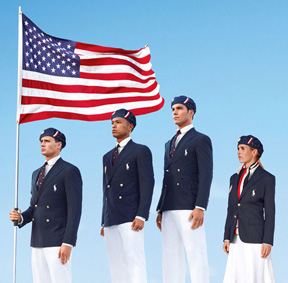 Most of us know the 2012 Summer Olympics are fast approaching and some of us might have heard about the recent publicity and backlash Ralph Lauren received for manufacturing the U.S. opening ceremony uniforms in China. Regardless of the facts behind the situation and that before Ralph Lauren came into the picture, American athletes were wearing clothes manufactured far away from home, the controversy and backlash they received was strengthened by social media.

Social media gives fans, and non-fans, an outlet to voice their opinions, whether good or bad. And when controversy hits a company as big as Ralph Lauren, the social media outburst is significantly amplified. Ralph Lauren posted their statement (http://investor.ralphlauren.com/) regarding the controversy on their Facebook page and received 3,604 Likes, 882 Comments and 148 Shares. The majority of the comments and people were negative, angry, and upset at the company.

Many people claimed they will no longer buy Ralph Lauren products or support Team USA. However, some fans see a bigger problem and blame the government and capitalism for outsourcing. Some Facebook users went so far to create a ‘Burn the New USA Olympic Uniforms’ page. The page only has 41 likes so far.

Twitter users also spoke out and one tweet got over 350 retweets. Coco Rocha, a Canadian fashion model tweeted “Everyone tweeting on their Chinese assembled phones that they’re horrified the Ralph Lauren Olympic uniforms were made… in China!? #irony?”

Regardless of each fans point of view and response, Ralph Lauren’s social media pages have not posted any feedback or response since they posted their statement. While it can be difficult to respond to over 1,000 comments and tweets I don’t think it was enough to simply copy and paste their statement onto their pages. Brands need to be more mindful of their decisions and how to explain them when in the spotlight, especially now that news goes viral within seconds.

What would you do if your business encountered a huge backlash? Would you use social media as a conversation with your customers and fans to help get your company back on track? Or, would you do as Ralph Lauren has appeared to do…ignore it?